BULGARIA and Romania celebrated the completion of a new international rail link across the Danube on June 14 with the opening of the 1.97km bridge between Calafat, Romania, and Vidin, Bulgaria. 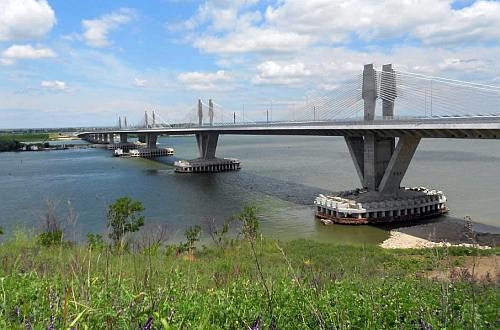 The so-called Danube Bridge 2 is only the second rail crossing of the river between the two countries, after the bridge between Giurgiu, south of Bucharest, and Ruse in Bulgaria, which was completed in 1954.

The new cable-stayed bridge carries a road and a single-track railway, which creates a new rail link between Craiova in southwestern Romania and Mezdra, 80km north of Sofia. The €226m project, which included the construction of 5km of new railway on the Romanian side of the river, was funded with the aid of a €106m European Union grant. The bridge was built by Spanish construction company FCC under a contract awarded in January 2007.