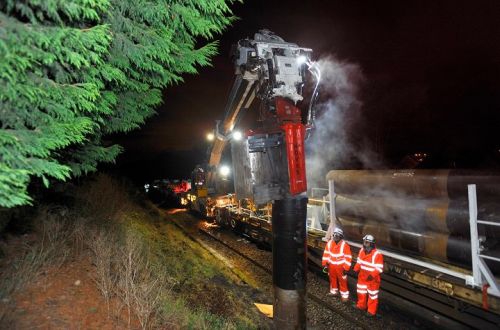 Yousef ordered the review in July after it emerged NR’s flagship infrastructure project in Scotland, the Edinburgh - Glasgow Improvement Programme (Egip), was facing delays and cost escalation. Outlining the findings of the EY review at a meeting of the Scottish Rural Economy and Connectivity Committee in Edinburgh on October 26, Yousef said fundamental weaknesses have emerged in project governance, controls and reporting, with inconsistent cost forecasting and significantly higher costs to comply with national standards.

“The Scottish government has warned repeatedly that there needs to be fundamental changes in how our railways are run,” Yousef says. “Time and time again we have set out a full and compelling case to the British government for the full devolution of Network Rail to Scotland. Time and time again these requests have been rejected, most recently in March this year, yet this review adds weight to our calls for transformation.”

Yousef has called on NR chairman Sir Peter Hendy and chief executive Mr Mark Carne to increase the scale and pace of decentralisation. “As a minimum I expect this to include the full transfer of responsibilities for the development, design and delivery of infrastructure projects to their Scotland route,” he says.