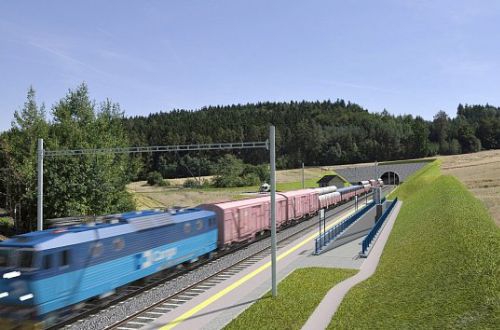 The project will increase the maximum line speed to 160km/h and involves the construction of 20 new bridges and new tunnels at Deboreč (660m) and Menzo (840m), which will be excavated using the New Austrian Tunnelling Method. A new station will also be built at Červený Újezd.

Preparatory works will begin this month and major construction is due to start in October. The project will be completed in July 2021, reducing the Prague - Tabor journey time to less than an hour.

The project has received European Union funding through the 2014-2020 Operational Programme Transport and European structural and investment funds.