WI-FI services were officially launched on TGV services on the Paris - Lyon high-speed line on December 15 following the completion of a collaborative project by 21net and Engie Ineo. 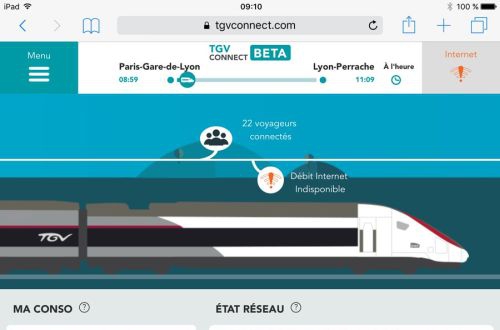 French National Railways (SNCF) awarded the project to equip the entire TGV fleet, icomprising 300 trains and 2400 vehicles, with internet by the end of 2017 to 21net and Engie earlier this year.

The fleet will be equipped with the latest generation of 21net connectivity solutions which aims to deliver high-speed Internet onboard high-speed trains.

The solution uses bandwidth from 3G and 4G cellular networks, and is based on an open platform to enable added content and services.

Engie is responsible for the project management, installation of the solution, supervision and remote maintenance of the systems, while 21net provides the solution design, software and hardware components as well as system supervision.

“Faced with the technical challenges and an ambitious deployment schedule, we selected 21net and Engie Ineo as they were flexible, responsive and complementary to each other which is a major advantage in a project this complex,” says Ms Amandine Le Saux, head of the Wi-Fi Onboard Programme at Voyages SNCF.