THE Spanish Government last week approved the splitting of Adif into two separate bodies in order to avoid the infrastructure manager's spiralling debt from being included in the national debt, in accordance with recent changes to the European System of National and Regional Accounts (ESA 2010). 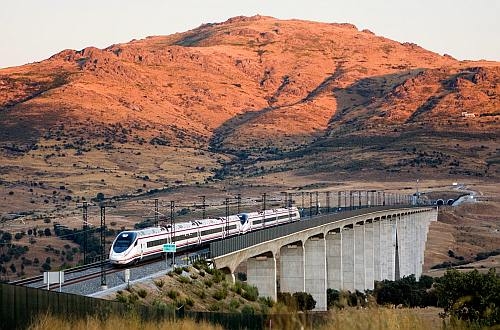 In a decree issued on December 13 the government mandates the creation of a new public corporation to be called Adif-Alta Velocidad (Adif-AV), which will manage the country's high-speed rail network and hold the debt incurred in its construction, which expected to reach €15.2bn in 2014. This will leave Adif to continue managing the conventional rail network with a total debt of €1.1bn.

As the Ministry of Public Works and Transport acknowledged, the objective is for Adif-AV to be designated a market producer under ESA 2010 rules, which stipulate that "to be a market producer, the public unit shall cover at least 50% of its costs through sales over a sustained multi-year period."

This means Adif-AV will remain in the corporate sector and its debt levels will not be included in Spain's national debt, which rose to 93.4% of GDP between July and September.

In order to fulfill the ESA 2010 requirements, it also looks likely Adif-AV will take over Adif's profitable 16,000km fibre-optic network, which will be let to private telecommunications carriers as 10 to 20-year concessions. These contracts are expected to generate income of between €343m and €450m.

The government recently confirmed its intention to partially open the high-speed rail market to competition in the first half of next year, a move which could allow Adif-AV to reap additional incomes from new operators using the infrastructure.

The decree has retroactive effects on the accounts of both companies and thus the Adif splitting will be considered to have occurred in January 1 2013. Revised budgets for both Adif-AV and Adif have therefore been issued, which forecast losses of €233m in 2013 and €210m in 2014 for the former, and €297m and €73m respectively for the latter.