THE SPANISH government is expected to vote at the end of this month on draft legislation that could bring sweeping liberalisation of the rail market within a year together with the privatisation of Renfe. 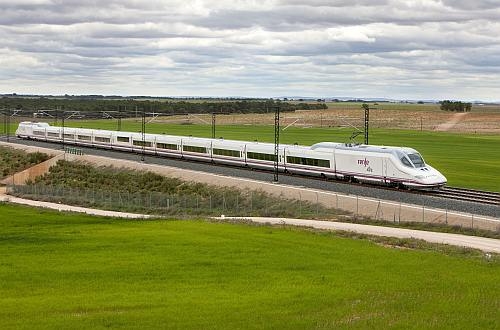 Rail unions have been told that the proposals outlined by Prime minister Mr Mariano Rajoy and deputy prime minister Mrs Soraya Sáenz de Santamaría will result in the "total deregulation of railway transport" in Spain as of July 1 2013.

Renfe will be divided into four limited companies; maintenance, passenger services, freight services and rolling stock. Initially, at least, Renfe will own 100% of each of the four companies, although these will eventually be subject to an IPO.

Railway unions have reacted angrily to the proposals and have vowed united action to block the reforms.

At the same time, the government also plans to proceed with its policy of eventually allowing competition on the high-speed network. However, for suburban and regional services, it is expected that the government will follow by offering regional franchises. The development minister, Mrs Ana Pastor, has indicated that this will not take place before 2014.

Reform cannot come soon enough for Spain's private freight operators, who have recently accused Renfe of price dumping. Comsa Rail has called on its rival to provide "transparency in its costs and prices" because it is no longer viable "to maintain a deregulated sector when the incumbent operator has an 88% market share but regularly makes a 25% loss on sales."

In 2011, figures released by the Development Ministry show that Renfe's freight activities generated a turnover of €260m, but with losses estimated at €35m, although other sources suggest the true figure is closer to €80m. Between 2006 and 2010, Renfe's freight turnover dropped by 28%.

Meanwhile the Office of Rail Regulation has accused infrastructure manager Adif of operating a "discriminatory" track access charging regime which favours the dominant state-owned operators. Following complaints from private operators in March, the Competition Commission has begun an investigation into the rail market, focusing particularly on perceived barriers to entry since the liberalisation of the freight sector in 2008. The commission is due to report its findings next month.