THE Spanish Competition Commission (CNC) has attacked the Spanish government over its rail industry liberalisation programme, criticising what it sees as the slow pace and the short reach of the latest reforms and calling for the complete abolition of state-owned train operator Renfe. 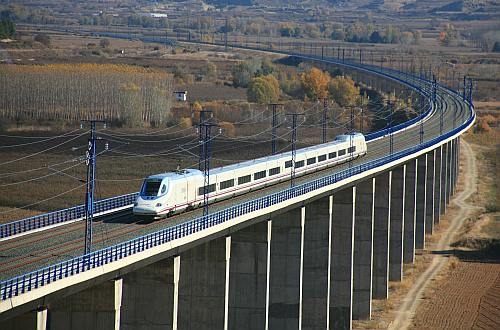 The government has committed itself to fully opening the rail sector to competition from July 2013, dividing Renfe into four subsidiaries as a prelude to partial privatisation. However, the CNC argues that legal provisions are still inadequate and unclear and is seeking comprehensive regulation to support what it terms "an effective introduction of competition and liberalisation."

The CNC welcomes the decision to create four Renfe subsidiaries, but suggests that the government should proceed with partial or total privatisation as soon as possible, abolishing Renfe as a holding company.

The competition office claims in its position paper that this will be the only way to ensure that the new companies could act independently and beyond the reach of the Ministry of Public Works and Transport, which not only controls Renfe but also the Railway Regulation Committee (CRF) and infrastructure manager Adif.

The CNC has also praised the government for the assessment process for service cuts and line closures, which are being implemented with the aim of improving the overall efficiency of the network, but points out that "it would have been advisable to lay down in a decree which are the profitability criteria to be used in this process".