BRITAIN's Department for Transport (DfT) announced on November 27 that it has awarded an eight-year contract to operate the Inter-City East Coast (ICEC) franchise to Inter City Railways (ICR), a joint venture of Stagecoach (90%) and Virgin (10%). 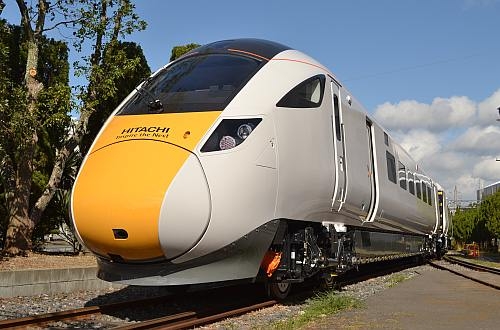 The contract runs from March 1 2015 to March 31 2023 and covers the operation of services from London King's Cross to Leeds, Newcastle, Edinburgh, Aberdeen and Inverness.

Operating under the Virgin East Coast brand, the franchise is expected to deliver premium payments of £2.3bn in real terms over the duration of the contract. Stagecoach says this will offer a higher return than the current ICEC franchise, which has been operated by government-owned Directly Operated Railways (DOR) since National Express East Coast gave up its contract to run the route in November 2009.

The existing fleet of HSTs and Intercity 225s will be completely replaced from 2018 and Agility Trains will supply and maintain a fleet of 65 Hitachi Super Express Trains (497 vehicles).

An improved timetable will be introduced in May 2019 and with the completion of SET deliveries in 2020 fleet capacity will be increased by 50% to 12,200 seats, providing 3100 additional seats on morning peak services.

With the introduction of new rolling stock and infrastructure enhancements, London – Leeds journey times will be cut from 2h 11min to 1h 57min, while the London – Edinburgh trip will be reduced by 13 minutes to 4h 8min.

The contract will include new direct services from London to Huddersfield via Dewsbury and Middlesbrough via Thornaby. There will also be direct two-hourly services from London to Bradford, Harrogate, and Lincoln and additional London – Sunderland and London – Stirling services will be launched in December 2015. A half-hourly frequency service will operate for most of the day between London and Edinburgh from May 2016.

ICR has pledged to improve onboard catering and passenger Wi-Fi services with the introduction of the new fleet.

According to the DfT's invitation to tender, ICR will be expected to work closely with infrastructure manager Network Rail to tackle capacity constraints and improve planning. This will include the delivery of infrastructure enhancements such as the rollout of ERTMS on the southern section of the East Coast Main Line, which is due to begin by the end of the decade.

Staff training will be improved with the new National Academy for Rail Professional Education (Narpe), which will have bases in London, Derby, and York.