A project to boost capacity on Sweden’s Hallsberg - Mjölby line has reached a milestone with the completion of a new 13km double-track alignment between Stenkumla and Runsala. 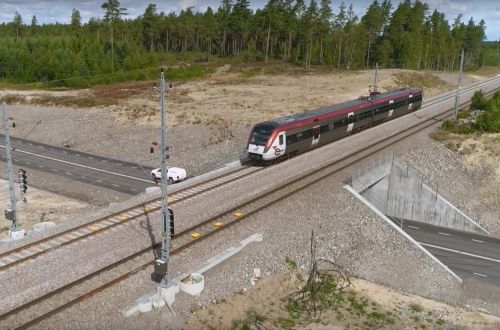 In addition to regional passenger services, the line carries large volumes of freight between northern and southern Sweden, much of it international traffic bound for Denmark and Germany via the Øresund link.

The contract for construction of the new double-track section, including grade-separated road crossings, was awarded to Skanska in 2014. The project was originally due for completion in 2019 but the line is being commissioned well ahead of schedule.

The new alignment is electrified and has a maximum operating speed of 160km/h, with a maximum axleload of 25 tonnes.