TRACK doubling of the Uppsala - Gävle stretch of the Stockholm - Sundsvall East Coast Line was completed on September 17 with the official inauguration of the second track on the 4km Löten - Samnan section near the historical site of Gamla Uppsala. 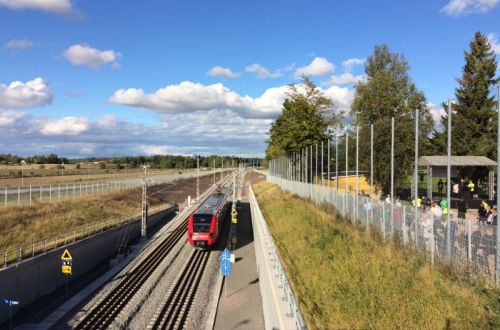 A new line, which includes a 610m-long tunnel, replaced the original single-track alignment in May, albeit with only a single track in operation.

The completion of the project means there is now continuous double track between Gävle and Tinglev in southern Denmark.

The current National Transport Infrastructure Plan (NPFT) and the draft 2018-2029 plan include proposals for track-doubling on two further sections of the line between Gävle and Sundsvall.