SWEDEN’s prime minister Mr Stefan Löfven announced on May 31 that the government has approved a project to complete quadrupling of the final section of double-track line between Stockholm and Uppsala. 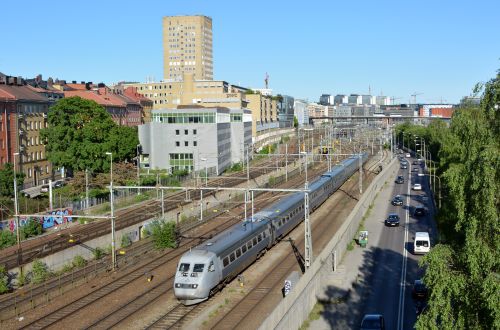 The line already has four tracks between Stockholm and Upplands Väsby, where the double-track loop line to Arlanda airport diverges from the original line to Uppsala via Märsta. The two lines converge at Myrbacken, but the remaining 21km from here to Uppsala is still double-track.

Quadrupling this section would support plans to build around 70,000 new homes in Uppsala county, providing infrastructure capacity for the construction of two new stations at Nysala south of Uppsala and Bergsbrunna near Knivsta.

Construction is due to begin in 2024 and is expected to take around five years to complete.

The project will be included in the 2018-2029 National Transport Infrastructure Plan. This was due to be published before the end of May but is now expected this month.