THE Swiss Federal Council has submitted plans to parliament for SFr 13.2bn ($US 13.3bn) in funding to cover the cost of maintaining the Swiss rail network for the period 2017-2020. 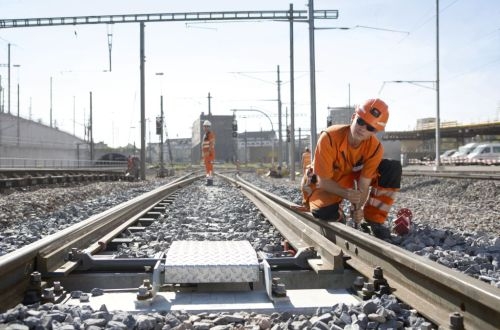 Of this sum, SFr 7.6bn is reserved for Swiss Federal Railways (SBB) under its service agreement, while SFr 4.9bn will go to the privately-operated railways in Switzerland, also under service agreements. Another SFr 200m will cover additional costs as required, and the remaining SFr 500m will be held in reserve for unforeseen events such as damage to the track caused by natural catastrophes.

The aim is to meet the needs of both the passenger and freight sectors and ensure that traffic can be carried as safely and reliably as possible, as well as focusing on efficiency, interoperability and optimal use of the capacity available.

The package will provide up to SFr 700m a year more than the current four-year plan which runs out at the end of this year. This is in response to the evident need for extra financing as a result of heavier use of the infrastructure leading to more wear and tear, as well as improving access for disabled passengers and supporting a number of smaller projects such as the new Albula tunnel.