TENERIFE rail authority Metropolitano de Tenerife (MTSA) published a tender notice in Spain’s Official State Journal on July 13 for a contract to update the environmental impact assessment for the island’s Tren del Sur project, which was suspended in 2011 due to the economic downturn. 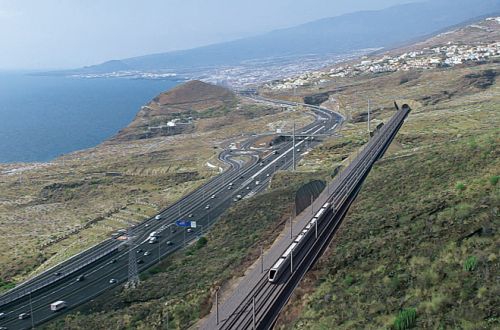 The 80km standard-gauge electrified line will link Santa Cruz Transport Interchange with Adeje, the fourth-largest town in Tenerife, with five intermediate stations. In 2010 the total cost of the project was estimated to be around €1.8bn.

The first feasibility studies into the project were carried out in 1997. According to the most recent studies, the line is forecast to carry around 64,000 passengers per day and services would operate at 15-minute intervals with a journey time of 42 minutes. Due to the mountainous terrain, the project would involve the construction of 31 tunnels, with 28% of the route running underground.