ISRAEL Railways (IR) announced on December 6 that it has selected Sociedad Española de Montajes Industriales (Semi), Spain, as preferred bidder for a design-build-maintain contract for the country's electrification programme. 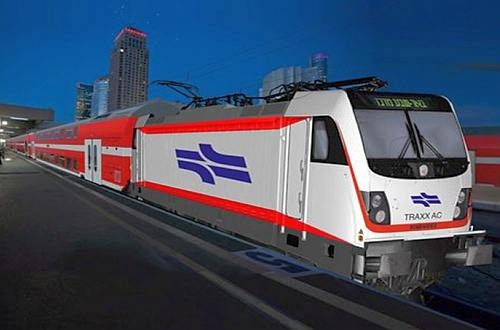 Semi beat three competitors - Alstom, Elecnor, and Siemens - to reach the final stage of the tender.

The contract covers the electrification of 1080 single track-km (420 route-km) at 25kV 50Hz ac, and includes design and construction of 14 substations as well as catenary and control systems.

The total cost of the programme is estimated to be Shekels 12bn ($US 3.1bn) including Shekels 2bn for infrastructure.

In October IR awarded Bombardier a contract to supply 62 Traxx ac electric locomotives for the programme.

"The electrification programme, is without doubt one of the most significant projects to be carried out since the foundation in 1948," says IR general manager Mr Boaz Zafrir. "It will entirely change the face of the company; the number of trains per day will double and service quality will be further improved."

Work is expected to start in February 2016 and the first electric train is due to run on the new A1 link from Tel Aviv to Jerusalem in March 2018.