QATAR Railways (QR) has unveiled the designs for the Doha metro and Lusail light rail vehicles, which are due to enter service in 2020. 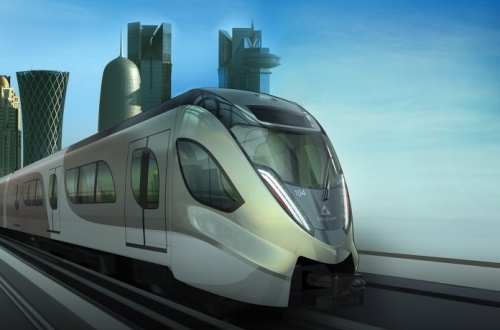 Kinki Sharyo is supplying 75 three-car metro trains, dubbed Al Faras, which are divided into gold and family class in one car, and will have 16 and 26 seats respectively, and two standard-class cars which will both seat 88 passengers. The interior design is inspired by Doha's skyline architecture, while the exterior of the train is designed to resemble the Arabian mare, which is revered in Qatari culture.

The design of the 28 Citadis Al Mehmel LRVs, which Alstom is supplying as part of the Qatari Diar Vinci Construction consortium (QDVC), is inspired by the Al Dhow, the traditional Qatari boat used for pearl fishing. The design concept focuses on the sea.

Construction of the light rail network is now well underway with 35% of the construction works complete. Tunnelling on the Doha Metro is also on schedule with 89%, or 99km out of 111km, now bored. QR says that 112 million man hours have been invested with 32,000 people working on the project.