DESIGN and planning of three extensions which will add 35.4km and 33 stations to Dubai's metro network is well underway, according to the acting CEO of Roads and Transport Authority's (RTA) Rail Agency, Mr Abullah Yousuf Al Ali. 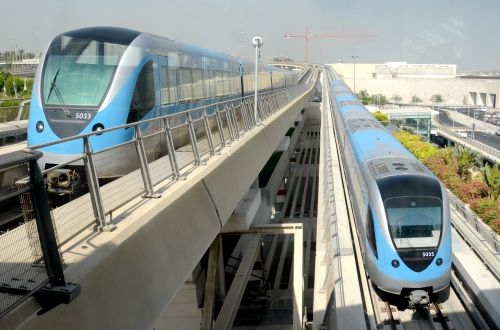 The extensions include adding 20.6km to the existing 22.5km Green Line which opened in September 2011 from the current terminus at Jaddaf south to Academic City. The project includes a 12km elevated and an 8km underground section and will add 11 new stations to the line's existing 18 stops.

The 52.1km Red Line, which opened in September 2009, will be extended south by 3.5km from its current eastern terminus at Rashidiya to Mirdiff, while a further 15km will be added south from the western terminus at Jebel Ali to the Expo 2020 site near Al Maktoum International Airport. In total 12 new stations will be added to the route.

"The designs and details of the expansion projects are currently being worked out and work on the project will begin soon," Al Ali said on the sidelines of last week's Middle East Rail event held in Dubai. "All extensions will be ready in time for Expo 2020."

Al Ali added that the Dubai Metro has played an important role in changing public perceptions about public transport since it opened, which is reflected in public transport now accounting for 13% of all transport in Dubai compared with 6% in 2006.

RTA is aiming to increase this by 1% every year over the next 20 years, and currently carries around 500,000 passengers per day on the Dubai Metro, at around half of its operating capacity.