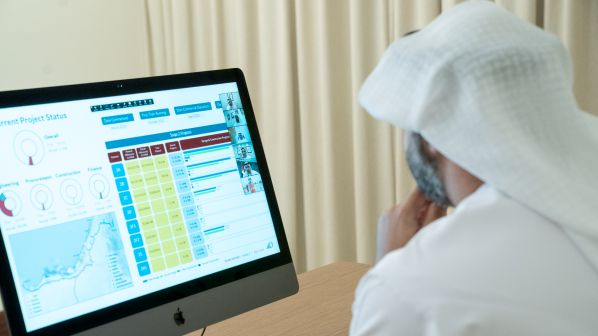 The package also includes construction of a concrete sleeper factory at Saih Sheib and is being conducted by a consortium of China Railway Construction Corporation and Ghantoot Transport & General Contracting under a contract awarded in June 2019.

In addition, Etihad Rail has signed a Dirhams 846m ($US 230.3m) contract with Vinci Construction, France, for construction of the central operation and maintenance facility at Al Faya, Abu Dhabi. The facility will be responsible for warehousing, installations, operations and maintenance of locomotives and wagons. The centre will also house a network operations administrative building.

Etihad Rail has now awarded all civil works and construction contracts for Stage 2 and launched construction on stage A to Ghuweifat on the Saudi border on February 5. Progress Rail is supplying 38 locomotives under a contract awarded in February, which will take the railway’s fleet to 45 units.

The contract award was confirmed during a remote meeting of Etihad Rail’s board of directors on April 2. The meeting was chaired by Sheikh Theyab bin Mohamed bin Zayed Al Nahyan, member of the executive council, chairman of Abu Dhabi Crown Prince’s Court and chairman of Etihad Rail, who also carried out a virtual visit to the construction site in Saih Sheib region.