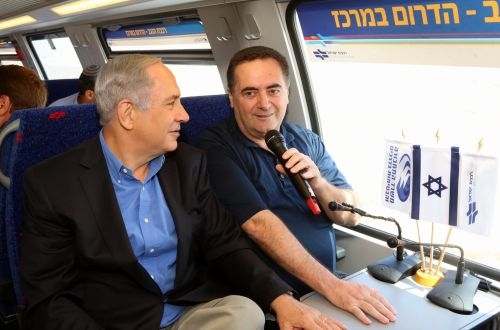 Benjamin Netanyahu and Israel Katz on the inaugural train.

Public services on the double-track line started two days later on September 19. Israel Railways is operating 25 trains per day in each direction, with two trains per hour during peak periods. The journey time is 50 minutes with trains calling at Shderot and Ashkelon, and from December at Ofakim.

To stimulate traffic, the government has agreed to allow passengers from Shderot, Netivot, and Ofakim a 50% reduction on rail tickets to any destination in Israel.