ISRAEL Railways (IR) has launched the procurement process for its first electric trains by issuing a request for information (RFI) from potential suppliers of locomotives and multiple units. 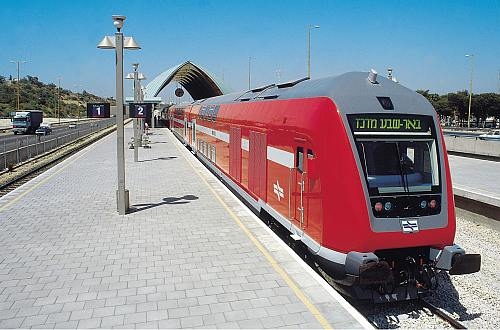 According to the RFI, IR has an estimated requirement for 80 electric locomotives, which will operate in push-pull mode with the existing fleets of Siemens single-deck coaches and Bombardier double-deck sets (pictured) at up to 160km/h. In addition, IR plans to order up to 60 three-car double-deck emus, which will generally operate in pairs. IR is considering including maintenance in the tenders for both fleets.

IR expects the first batch of locomotives to be delivered by the fourth quarter of 2016, while the first emus are due to arrive in early 2017. The RFI states that the procurement of "off-the-shelf" designs is a key priority and IR seeks vehicles which have been tested and accepted to UIC and EN standards.

IR plans to electrify 420 route-km at 25kV 50Hz ac in the first phase of its electrification programme, which includes the new direct line from Jerusalem to Tel Aviv and the Acre – Carmiel line.

The closing date for responses to the RFI is December 1.