Israel to extend A1 Rail Link

ISRAEL transportation minister Mr Yisrael Katz announced on November 1 that the government is planning to extend the Jerusalem - Tel Aviv A1 high-speed rail link, which is currently under construction to the Western Wall in Jerusalem. 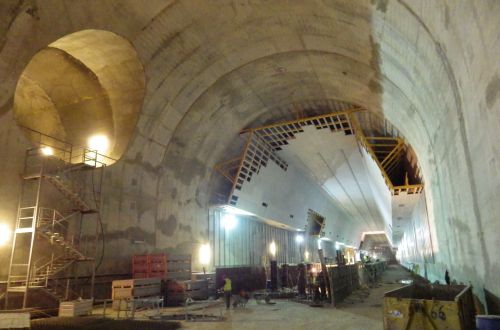 The aim of the extension project is to improve access to the Western Wall for tourists, students and others, while relieving pressure on the main Jerusalem station.

Journey times between Jerusalem and Tel Aviv will be cut from 1h 18 min to 28 minutes, with trains running at 15-minute intervals.

Plans for the line originally date from 2001 and it was scheduled for completion in 2008. However, due to delays caused by environmental protests, construction of the line was delayed.