FEASIBILITY studies have been completed and land acquisition is underway on the first phase of Jordan's proposed 897km national railway network, the country's transport minister Mr Alaa Batayneh told delegates at the International Union of Railways (UIC) Regional Assembly of the Middle East High Level Conference in Amman on November 5. 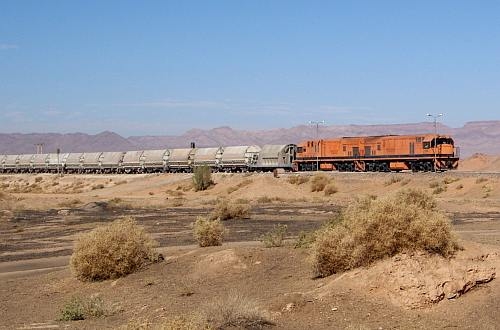 Tenders are due to be invited soon for the Dinars 53m ($US 75m) project, which involves constructing a new 22.5km standard gauge single-track line from the phosphate mine at Eshidiya to join the existing Aqaba Railways Corporation (ARC) line south of Ma'an. ARC's 1050mm-gauge line from Ma'an to Aqaba will be converted to dual gauge and extended to a new transhipment terminal south of Aqaba, which will serve the port's relocated export terminal.

The initial phase will be financed in part by the Gulf Cooperation Council (GCC) through a $US 5bn development package for Jordan agreed by its members last December. As part of this, Kuwait transferred a $US 250m grant to the Jordan Central Bank last month. According to the Jordan Times, Kuwait is expected to contribute around $US 80m towards the national railway network and $US 110m to the planned Amman – Zarqa light rail project.

The total cost of building the national network is estimated to be around Dinars 1.9bn.