PLANS to build the first metro line in Oran, Algeria's second city, have been completed and it is hoped to launch a tender for the first phase in the first quarter of 2015. 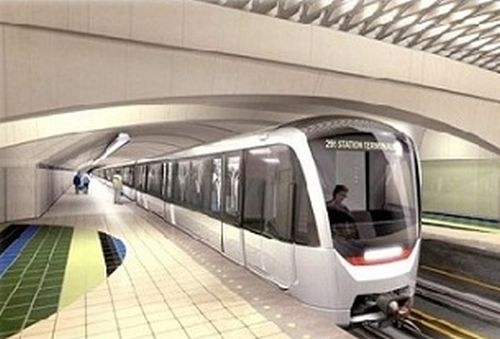 Algerian Metro Enterprise (EMA), the organisation responsible for metro and light rail projects in Algeria, appointed Sener, Spain to draw up plans for the city's first metro line. Sener has now defined the route for a 19km line with 20 stations, running from Bouakeul in the west via the Great Market, Palais des Sports, the main station, Wilaya, Hai Essabah, and the Olympic Stadium to the University. There would also be branch from Wilaya to the city centre. The first phase would run from Bouakeul to Hai Essabah and include a depot.

"The design has been done by Sener, and the only decision we now have is whether we go turnkey or separate out the system and the rolling stock," Mr Aomar Hadbi, EMA's director general, told delegates attending MEED's recent Mena Rail and Metro Summit in Dubai.

The first line would be fitted with rigid catenary and stations would be designed for installation of platform screen doors. It would be operated by a fleet of 74m-long four-car trains each able to accommodate 626 passengers. It is hoped to open Line 1 in 2020.

The metro would interchange with Oran's 18km light rail line, which opened in May 2013, at the main station. The city also plans to build a second light rail line to serve the northeast of Oran, as well as a second metro line.