ITALIAN contractor Salini Impregilo announced on February 3 that it has completed tunnel excavation work on Line 3 of the Riyadh Metro project. 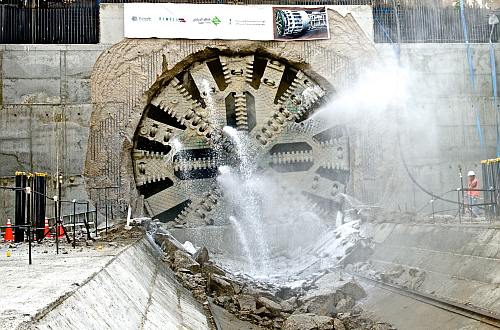 Line 3, also known as the Orange line, is 41.5km long with an 11km underground section. It will have 22 stations.

Salini Impreglio leads the ArRiyadh New Mobility (ANM) consortium, which was awarded a €3.72 bn contract in October 2013. It is one of three involved in the $US 23bn, six-line Riyadh Metro project which will have a total network length of 176km.

Bombardier is supplying 47 two-car Innovia 300 trains for Line 3, which have a maximum length of 36.7m, a capacity of 267 passengers and a maximum speed of 100km/h. The first train was delivered in November 2016.

For the latest updates on projects around the globe, subscribe to IRJ Pro.