KING Salman of Saudi Arabia officially inaugurated the Haramain high-speed line in a ceremony at Jeddah station on September 25. 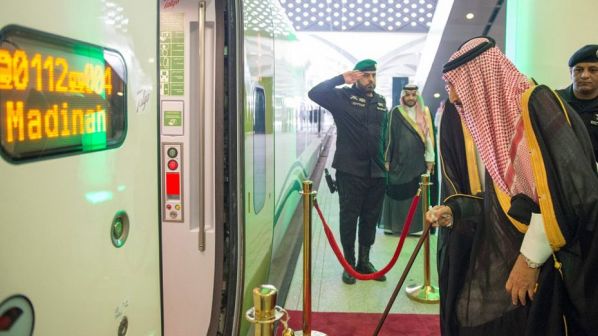 The 453km line connects the holy cities of Mecca and Medina via Jeddah and King Abdullah Economic City, with a short branch serving King Abdul Aziz International Airport in Jeddah, the principal point of entry for Hajj pilgrims.

Mecca’s high-speed station is located in the district of Rusayfah at the entrance to the holy city and about 4km from the Holy Mosque.

“The journey between the Haramain [two holy mosques] is now shorter and easier than at any time before,” transport minister Dr Nabil al-Amoudi said at the opening ceremony. “The project highlights the kingdom’s commitment to serving Islam and Muslims.”

In October 2011, Saudi Railways Organisation (SRO) awarded Al Shoula, a consortium of 12 Spanish and two Saudi companies, a contract to equip, operate and maintain the line. OHL, Copasa and Imathia are responsible for track construction and maintenance, while Inabensa and Cobra installed electrification and electromechanical equipment. Dimetronic (now part of Siemens Rail Automation) and Indra provided ancillary and control systems. 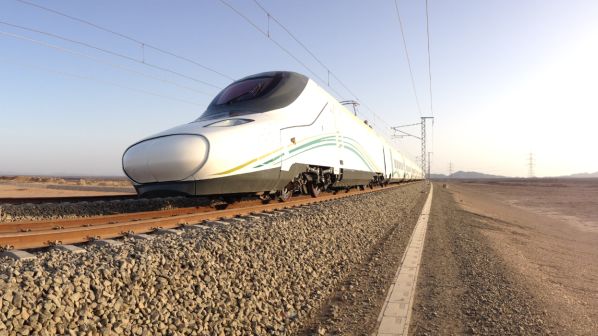 Talgo has supplied a fleet of 35 13-car T350 trains, each seating 417 passengers, and an additional train for the exclusive use of the Saudi royal family. The 300km/h trains are based on the series 102 and 112 supplied to Renfe but have been adapted to operate in the extreme climatic conditions of the Arabian desert.

Talgo says the train fleet has already covered 430,000km in the testing and pre-operations phases.

Ticket reservations will be opened in the next few weeks and initially a maximum of eight trains a day will operate between Mecca and Medina between Thursday and Sundays. Services will be stepped up to 12 trains a day from January.

The double-track standard-gauge line has a design speed of 320km/h and is equipped with 25kV 60Hz ac electrification and ETCS Level 2.

Originally due for completion in 2016, the project has suffered a series of constructional delays and governance problems, which have forced several postponements of the line's opening.