IRJ at Middle East Rail, Dubai: Saudi Railway Company (SAR) confirmed on March 12 that it expects to launch tenders “soon” for contracts to build the 950km Landbridge, which will link Riyadh with Jeddah on the Red Sea coast. 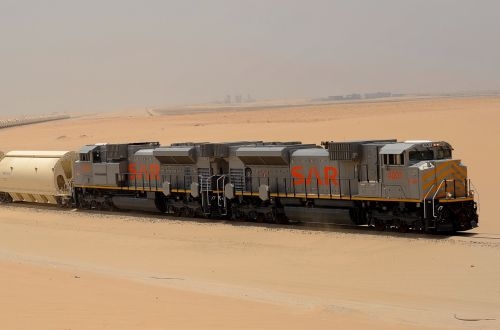 Speaking at the Middle East Rail conference in Dubai, Mr Khalid Al Sultan, SAR vice-president for infrastructure, outlined the country’s strategy for railway development in the context of the government’s Vision 2030 plan, which seeks to diversify Saudi Arabia’s economy and reduce its dependence on oil.

He also explained how SAR sees a greater role for the private sector, both in the delivery of new infrastructure and operations & maintenance (O&M) activities.

SAR is currently evaluating the use of PPPs to finance a 40km connection between the SAR and Saudi Railways Organisation (SRO) networks on the outskirts of Riyadh, which will include a link to a new dry port for the capital, and a 340km line from Yanbu to Jeddah and King Abdullah Port, which will form part of the Western Rail Freight Corridor.