BOTH bores of the 4.6km Gilon tunnel on the 23km Acre – Carmiel line under construction in northern Israel have been completed. 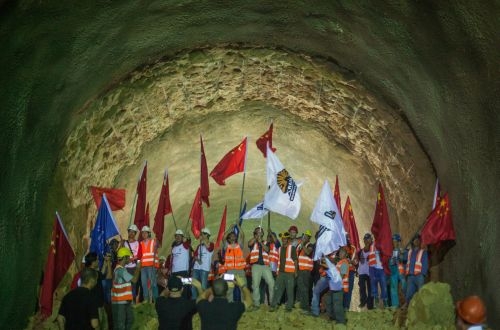 The first bore was holed through on April 12, followed by the second bore on April 23. The two bores are connected by 18 transverse tunnels. The line's project manager, Mr Itamar Galil, says construction of the tunnels has been completed on time and to budget: the tunnels were estimated to cost $US 800m.

The Acre – Carmiel line will be one of the first two lines in Israel to be electrified, the other being the A1 direct link from Tel Aviv to Jerusalem.

According to Mr Shay Baras, general manager of Israel Roads, which is responsible for building new lines, plans are being drawn up for an extension from Carmiel to Kiryat-Shemona in Upper Galilee. The extension will have a maximum speed of 160km/h.