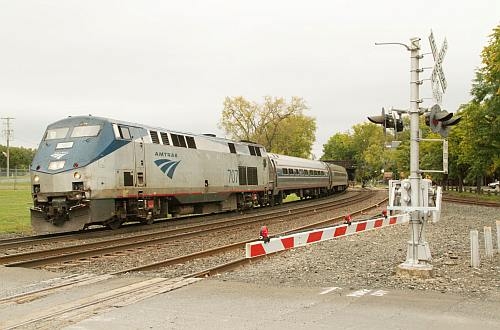 "People are riding Amtrak trains in record numbers across the country because there is an undeniable demand to travel by rail," says president and CEO Mr Joe Boardman. "Ridership will continue to grow because of key investments made by Amtrak and our federal and state partners to improve on-time performance, reliability, capacity and train speeds."

During the 2012 financial year, passenger numbers on the Northeast Corridor grew 4.8% to a record 11.4 million, while state-supported and other short distance routes saw 2.1% growth to a record 15.1 million. Ridership on long-distance services increased 4.7% to a 19-year high of 4.7 million.

Boardman anticipates a strong start to the 2013 financial year with the extension of Downeaster services to Freeport and Brunswick, Maine, on November 1, and the extension of the Virginia Northeast Regional service to Norfolk on December 12.