DESPITE the United States' sluggish economic recovery, Amtrak ridership is surging this year with 11 consecutive monthly ridership records, according to the latest figures released by the national passenger operator. 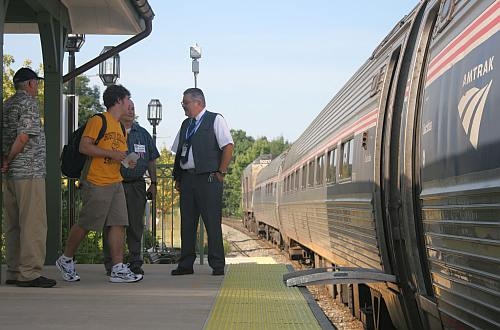 In each month of the current financial year, Amtrak has posted the highest ridership total ever for that particular month and the final month, September, is also expected to be a new record, while July was the best month in the company's 41-year history.

"All across America, the demand to travel by Amtrak is strong, growing and undeniable," says president and CEO Mr Joe Boardman. "Amtrak continues to deliver on its mission to fulfil a vital national transportation need and does so with improved management and financial health."

During the first 11 months of the 2012 financial year (October 2011-August 2012), total ridership rose 3.4% compared with the same period last year. Amtrak is confident it will end the current financial year on September 30 with a new ridership record, surpassing the high of 30.2 million passengers it carried in 2011.

Between 2002 and FY 2011, Amtrak passenger numbers rose 44% and set new annual records in eight of those nine years. Amtrak says this long-term growth is occurring across the national network and in all business sectors, including the Northeast Corridor, state-supported and other short-distance routes, and long-distance services.