THE long-standing dispute between Toronto and Hamilton transit authority Metrolinx and Bombardier over the delivery of 182 LRVs has been resolved after six months of negotiations. 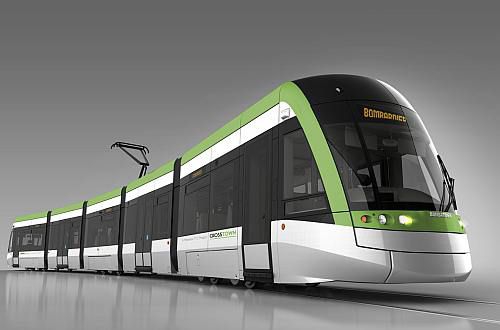 Under the new agreement Bombardier will build just 76 Flexity Freedom vehicles, reducing the contract’s value from $C770m ($US 613m) to $US 392m, with severe financial penalties for late delivery.

The original order was placed in 2010, with the LRVs designated for the Eglinton Crosstown, Finch West and Hurontario light rail projects. The 76 LRVs in the revised contract will be used on the Crosstown, which will open in 2021.

Metrolinx had become increasingly concerned about Bombardier’s ability to deliver LRVs on schedule. If the order was not complete when the Crosstown was due to open, the agency would have been liable for financial penalties of up to $C 500,000 a day from the consortium building the line. The agency had sought to cancel its entire order, but was prevented from doing so by a court order.

Metrolinx has been concerned about its LRV order as Bombardier has fallen far behind schedule in its delivery of similar cars for two other, projects: a 203-unit order for Flexity Outlook vehicles for the Toronto Transit Commission (TTC), and a 14-unit order for Flexity Freedom LRVs for the Kitchener-Waterloo LRT. As a result, in May 2017, Metrolinx placed a $C 528m order with Alstom for 61 Citadis Spirit LRVs.

The Citadis Sprit is longer than the Flexity Freedom, meaning fewer vehicles are needed for the Crosstown project. If the 76-unit Flexity order is completed in time for the Crosstown, the Alstom LRVs will be assigned to the Finch West and Hurontario LRTs, which are expected to open by 2022.

One of the incentives for Bombardier to accept the new LRV agreement was a promise by Metrolinx that the company would be allowed to bid for the lucrative operations and maintenance agreement for Go Transit commuter rail services, when it comes up for renewal. Bombardier - the current contractor - had previously been restricted from bidding, and thus renewing its agreement, due to the dispute with Metrolinx. As part of the settlement with Metrolinx, Bombardier’s contract was extended by 18 months.