THE prime minister of Canada, Mr Justin Trudeau, and the premier of British Columbia (BC), Ms Christy Clark, announced in Vancouver on June 16 the $C 900m ($US 697m) of additional funding will be made available for transport improvements in the province. 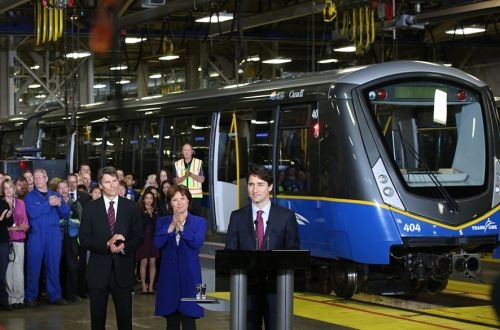 Rail's share of the funding will be used to purchase 50 additional SkyTrain cars for the Expo, Millennium, and Canada automatic light metro lines in Vancouver, upgrades to SkyTrain stations, design and planning for the Rapid Transit South of Fraser light rail project in Surrey and the Millennium Line extension along Broadway to Arubtus, and to purchase five double-deck coaches and a new locomotive for the West Coast Express commuter rail service.