CN claims it would spend at least $US 250m on a line that would otherwise lose its importance. 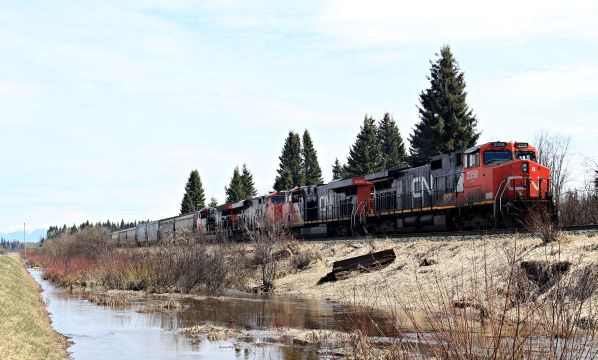 NORTH American Class 1 Canadian National (CN) says it will ask the Surface Transportation Board (STB) to divest Kansas City Southern (KCS) lines from Kansas City to Springfield and East St Louis (known as the Springfield line) as part of its response to the planned Canadian Pacific (CP) and KCS merger.

CN said it will file its response on February 28, the STB’s procedural schedule deadline.

CP and KCS agreed to merge and form Canadian Pacific Kansas City (CPKC) in September, and this was accepted by the STB in November for consideration, with the merger now under review.

CN claims that the Springfield line is a direct competitive alternative to CP’s route from Kansas City to Chicago, and beyond to Detroit and eastern Canada. CP and KCS have made it clear in the merger application that they plan no investment in the line, and will instead de-emphasise it in favour of CP’s existing parallel line.

“Putting the line under CN’s control represents a major opportunity to improve transportation options, promote rail-to-rail competition, and take many of thousands of long-haul trucks off the road annually through increased rail-to-truck competition,” CN said in a statement.

“CN’s plan for the line will benefit all stakeholders and will advance CN’s continual efforts to ensure competition and choice in our industry, while also creating new jobs and economic opportunities in the region.”.

CN claims it plans to invest at least $US 250m in the line by:

Responding to CN, CP said the proposal “is built on a series of factual errors or misstatements.”

“KCS’s Kansas City - Springfield line is not ‘parallel’ to CP’s line between Kansas City and Chicago,” CP says. “KCS’s line does not reach Chicago, and contrary to CN’s misleading statements, KCS’s line is not part of a through route to Chicago in conjunction with CN. In fact, there is no direct connection between KCS and CN today at Springfield, and historic interchange volumes reflect the absence of any actual service here. Only four cars were interchanged by KCS at Springfield with CN in 2020 and 133 cars interchanged with CN in 2019.”

CP says that the lines will continue to grow as part of CPKC, and reiterated its commitment to not downgrade any lines.

The January edition of IRJ, The Railway in 2022, includes insight on the merger from Keith Creel and Patrick Ottensmeyer.