CANADIAN National (CN) announced on February 19 that it will increase investment $C 2.1bn ($US 1.89bn) in 2014 with the aim of improving safety, efficiency and service on its 32,240km network in Canada and the United States. 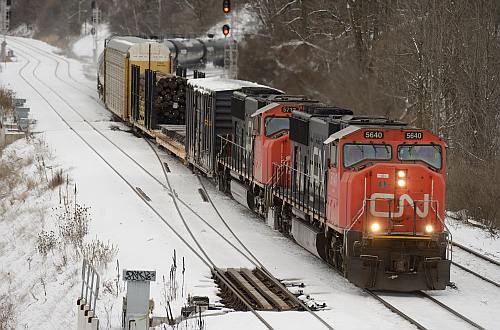 CN aims to spend more than $C 1.2bn on track this year and the budget includes funds for infrastructure enhancements in western and eastern Canada as well as the United States.

The remaining $C 600m will be spent on facilities, including terminals, distribution centres, and the completion of its Calgary Logistics Park. This part of the budget will also cover investment in IT.