THE City of Chesapeake, Virginia, is to submit a formal request for funding to Hampton Roads Transit for the extension of The Tide light rail line from the neighbouring city of Norfolk. 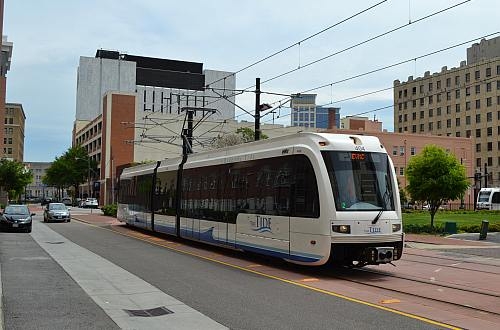 Chesapeake intends to carry out a $US 1.8m feasibility study with the aim of obtaining funds from the State of Virginia and federal sources to take the project forward.

Last month an agreement was reached between state and local governments to develop plans for a 12km extension from the existing eastern terminus Fort Norfolk/Medical Center to Virginia Beach.

The City of Norfolk is also developing plans to extend the line to Old Dominion University and Norfolk Naval Station.