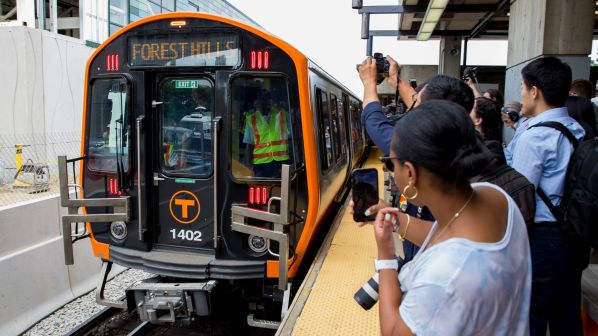 In October 2014 MassDOT awarded CNR Changchun Railway Vehicles (now part of CRRC Corporation) a $US 566.6m contract to supply 152 vehicles to replace the PA3 cars built by Hawker Siddeley Canada in 1979-81. A further 132 vehicles for were also ordered for the Red Line, an order which was increased to 252 cars in December 2016, taking the total value of the Red and Orange Line New Vehicle Procurement Program to more than $US 1bn.

Most of the vehicles are being assembled at CRRC’s new $US 95m rolling stock manufacturing facility in Springfield, Massachusetts. So far the Springfield plant has dispatched 10 completed Orange Line cars to Boston. A second six-car train will be introduced in the autumn and the remainder of the fleet will enter service by 2022.

The new fleet is a key component of the Orange Line Improvement Program and part of MBTA’s $US 8bn five-year capital investment plan. In addition to the renewal of rolling stock, the project involves infrastructure improvements and signalling upgrades.

In March MBTA awarded Alstom and Barletta Heavy Division a contract to upgrade signalling systems on both the Orange and Red lines. Signalling works are due to be completed in May 2022.

With the completion of the Orange Line upgrade, peak headways will be reduced from 6 to 4.5 minutes, increasing capacity by almost 40%.