THE United States Federal Transit Administration (FTA) has granted conceptual planning approval to the construction of a $US 1.34bn starter light rail line in the city of Durham, North Carolina. 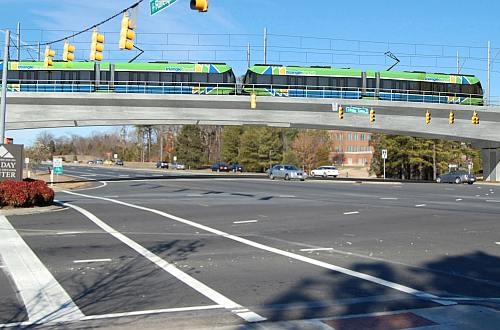 The 27.5km line will link Alston Avenue in East Durham with the University of North Carolina-Chapel Hill with 17 stations.

"We can now proceed to complete the environmental process, advance our engineering and make final alignment decisions," says Mr David King, general manager of Triangle Transit, the company responsible for developing the project. "We will also use this time to strengthen our financial plan and work with our municipal and university partners on land use and housing issues around stations."

An environmental impact statement will be issued in early 2016, and this will be followed by work on engineering design. Triangle Transit expects construction to take around four years.

The project will be funded with the aid of a local sales tax, which was introduced in Durham and Orange counties last year, and Triangle Transit hopes the revenue from this will be matched by a federal grant towards the cost of construction.

Meanwhile the FTA has also approved the second phase of the Gold Line in Charlotte. The FTA's approval will allow Charlotte Area Transit System (Cats) to apply for up to $US 63m in federal funding, roughly half the cost of the 4km extension. Last year the FTA refused a Small Starts funding application for the project.