HITACHI Rail USA officially opened its new 13,000m2 rail vehicle assembly plant at Medley, Florida, on March 16, when the mayor of Miami-Dade County Mr Carlos Gimenez inaugurated the facility with the unveiling of a full-size mock up of the new metro train for Miami Metrorail. 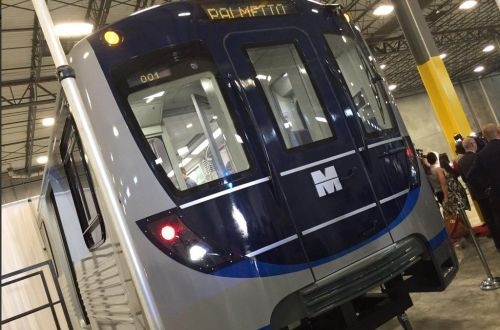 The plant, which is Hitachi Rail's first in the United States, will assemble 136 metro cars for Miami, including 272 motor bogies, under a $US 313m contract awarded to AnsaldoBreda by Miami-Dade County Commission in November 2012. Assembly will begin this month and the first vehicles will enter service at the end of next year. Production is due to be completed in the first half of 2019.

The opening of the plant is expected to create around 100 new jobs in Miami-Dade County.