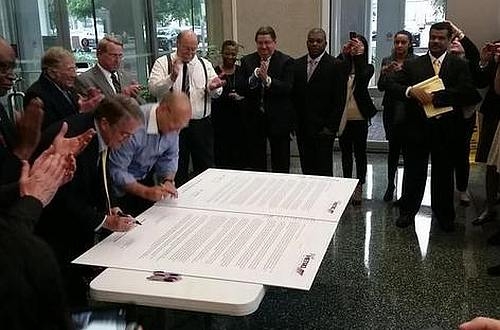 The deal prioritises the development of the Southwest Rail Corridor (SWRC) along US Highway 90A west of Houston, which involves construction of a new 14.5km four-station line from Missouri City to the MetroRail light rail Red Line station at Fannin South. Planning work on this project was suspended in 2012 due to a reassessment of Metro's investment priorities.

Under the deal Metro will also seek $US 190m in Federal transit Authority funding for future transit projects and obtain $US 587m in matching transit credits.

However, the agreement precludes the extension of the of the light rail network along Richmond Avenue west of Shepherd Drive or north of Richmond along Post Oak Boulevard with voter approval in a referendum. This was previously a source of contention between local politicians and Metro.