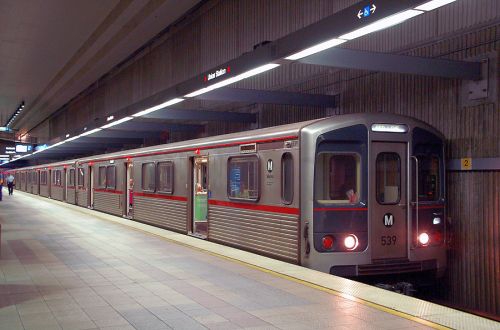 The project has been allocated $US 1.19bn through the Federal Transit Administration’s (FTA) Capital Investment Grant programme and a $US 307m loan through the DOT’s Transportation Infrastructure Finance and Innovation Act (Tifia) programme to total $1.494 billion. The project will also receive $US 169m in federal funding through the Congestion Mitigation and Air Quality programme.

Coupled with the $US 747m being raised locally through the Measure R sales tax approved by voters in 2008, $US 2.4bn has now been secured to continue construction of the subway beneath Wilshire Boulevard that will finally connect central Los Angeles and Westwood with Beverly Hills and Century City.

LACMTA is now in the process of selecting a contractor to build the second phase and a preferred bidder will be put forward to the board later this month.

Construction is already underway on the 6.4km three-station first phase of the extension from Wilshire/Western and Wilshire/La Cienega, which is due to open in 2023. The second phase will add a further 4.2km to the line with new stations at Wilshire/Rodeo in downtown Beverly Hills and Century City.

Pre-construction is already underway on the second phase and major construction will start next year. Completion is anticipated no later than 2026.

A third and final section will extend the line to Westwood/VA Hospital. Construction on this last section is planned to begin in 2019.

Trains are expected to run at four-minute intervals during peak periods and every 10 minutes at other times. The LACMTA board last month approved a contract for new rolling stock to expand fleet capacity in readiness for the opening of the extension. The agency is also working on a project to reduce turnaround times for subway trains at Union Station, thereby increasing the line’s capacity.