CHICAGO commuter rail operator Metra announced on August 9 that due to changes in the availability of capital required to fund its $US 2.4bn modernisation plan, the agency has temporarily suspended its search for a vendor to supply 367 double-deck coaches. 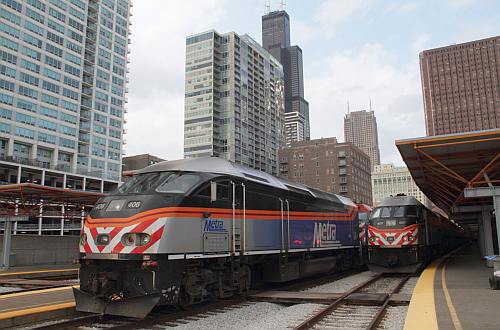 However, a portion of the 367 coaches will arrive sooner than expected as Metra plans to take over an option from Virginia Railway Express (VRE) to purchase 21 coaches from Nippon Sharyo at an estimated cost of $US 2.5m per vehicle. Metra approached VRE about taking on this option because VRE may no longer require the full order.

Metra says that if it takes on VRE’s option for more coaches it could save around $US 17m, and deliveries would begin in 2018.

With the State of Illinois holding back over $US 300m in funding that was previously budgeted in Metra’s capital programme, it is likely to take longer to acquire the remaining 346 coaches and planned new locomotives.

Metra is investigating the possibility of acquiring and rehabilitating unwanted coaches from other commuter rail operators.