TORONTO and Hamilton transit authority Metrolinx outlined the four options being considered for the core of the Toronto Regional Express Rail (RER) network at a board meeting on February 10. 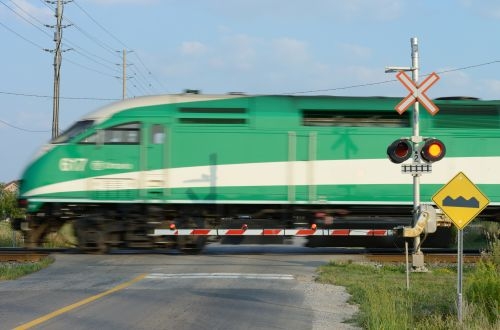 The RER project involves the introduction of 15-minute interval bi-directional services throughout the day on five of the seven Go Transit commuter rail corridors, with 150km of new dedicated track, electrification, new trains, elimination of level crossings, and new and upgraded stations.

The four options for the development of the cross-city Bramlea - Union Station - Unionville corridor include 11 existing stations and assume light rail is chosen for the Eglinton West corridor, in line with the recommendations of the recent SmartTrack Western Corridor feasibility review. Station locations tested in the four scenarios have not been decided and will be finalised following further analysis, public consultation, and negotiations with the City of Toronto. The four scenarios include:

Option C: the funded and committed Go Transit/RER service of 5-10 minute peak and 15-minute off-peak frequencies with seven or eight new stations (as option B), and

All four of these scenarios assume through operation between the Kitchener and Stoufville lines.

Metrolinx officials also provided an update on plans to electrify the network. Electrification encompasses all of the five core RER corridors, UP Express, and other Go Transit lines that are 100% owned by Metrolinx. These include the Barrie Line to Allandale Waterfront, the Stouffville Line to Lincolnville, and the Lakeshore East Line to Oshawa.

The electrified network will ultimately extend to 262 route-km with six traction substations, and 11 traction distribution facilities (switching or paralleling stations). Clearance issues have been identified at 12 locations, which would require "an engineered solution."
Electrification infrastructure will be designed on a network-wide basis but implementation will be phased.

Metrolinx says it expects the train fleet to comprise a mixture of new EMUs and electric locomotives, which would operate with conventional coaches. A request for information was issued to international rolling stock suppliers in February 2015 and Metrolinx is developing a strategy for integrating electric trains into the current fleet.

An electrification technical advisor is currently working on an environmental project report, which is due to be completed in the autumn, and work is also underway on a detailed project output specification. Electrification works will be tendered on an alternative finance and procurement (AFP) basis subject to a value-for-money assessment by Infrastructure Ontario.

Plans for resignalling of the Go Transit network are also moving forward. A contract schedule for the Go Transit Train Control System project has been approved by the Metrolinx board and preliminary design is due to be completed in the second quarter. Metrolinx held a supplier information day on the project last month.