Two cars from seven-car train fell onto the road beneath the viaduct. 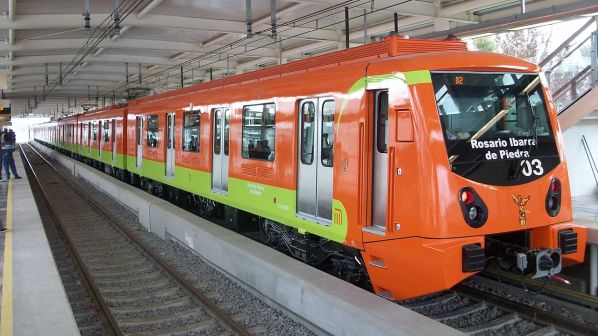 A viaduct which collapsed on Mexico City’s metro Line 12 late on May 3 led to a derailment which has left at least 23 people dead and 70 injured, according to local media reports.

The accident near the Olivos station led to two cars of the seven-car train partially falling onto a busy main road. Some of those killed and injured were in vehicles on the road, others on the train.

Line 12 opened in October 2012 and is the most recent addition to the city’s metro network. The southern section of line on which the accident occurred is built on a concrete viaduct which is 14.6km long. This viaduct was closed for 21 months in 2014-2015 due to concerns about the infrastructure, especially excessive rail wear, and re-opened after significant remedial work overseen by French consultants Systra and TSO.

The line was shut again in 2017 following a magnitude 7.1 earthquake that hit Mexico City on September 19 2017, which led to visible damage on the section south of Olivos. The line re-opened after repairs on October 30 2017. A 3.5km southern extension of the line has been built in tunnel although the pandemic has delayed opening until 2022.

The 176.8km metro carried 1.655 billion passengers in 2019 and is the second largest metro system in North America after the New York Subway.