THE first of two 13-car Talgo trains acquired by the state of Oregon with the aid of stimulus funds from the United States government entered service on July 26. 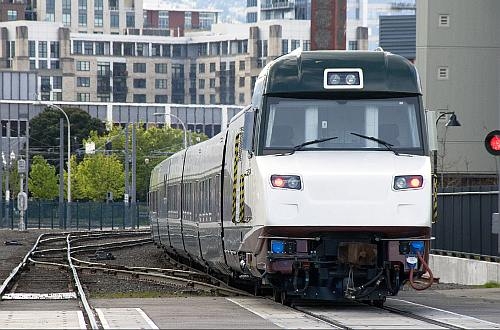 The Series 8 trains are being used alongside three Talgo sets owned by the state of Washington and two owned by Amtrak on Cascades services from Eugene, Oregon, to Seattle and Vancouver. According to Oregon Department of Transportation (ODOT), the service pattern on this route was stretching the existing fleet, and additional rolling stock is required for the launch of two additional daily services between Portland and Seattle in 2017.

ODOT says it has spent $US 38.4m on the two trains, plus an additional $US 6m on consultants, spare parts, testing, and the addition of Wi-Fi equipment.

The trains were originally due to enter service in autumn 2012, but the decision by the state of Wisconsin to cancel its order for Talgo trains delayed testing, approval, and delivery of the Oregon sets.