THE government of Quebec has formed a partnership with mining companies Champion Iron and Lac Otelnuk Mining to carry out a feasibility study into the construction of a multi-user railway linking the port of Sept-Îles with the Labrador Trough, a 1600km-long geological belt which is rich in iron ore deposits. 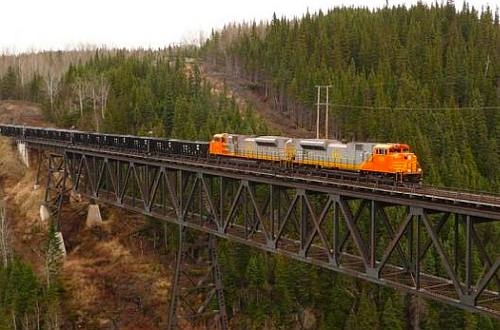 The government and the mining companies have established a special-purpose entity, the Northern Quebec Railway Partnership (SFNQ), to carry out the study, which is expected to cost up to $C 20m ($US 17.8m). SFNQ will be open to other mining companies to join.

The Quebecois government will partially fund the study through its 2014-15 budget, which was announced in June.

Construction of the line is expected to be implemented in phases, although no timescales have been given for the project.

Last year Canadian National and pension fund manager Caisse de Depot abandoned a study into an 800km line from Sept-Îles to the Labrador Trough due to a slowdown in the iron ore market, which had delayed the implementation of new mine projects in the region. The cost of constructing this line was estimated to be around $C 5bn.