THE premier of Quebec Mr Philippe Couillard announced on May 5 that the province will allocate $C 100m ($US 73m) towards the rehabilitation of the Matapédia - Gaspé line. 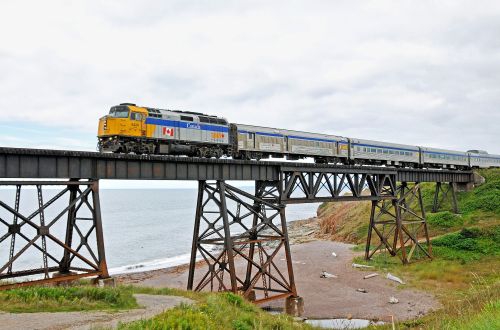 Quebec acquired the 325km line in 2015 after declining revenues forced the Gaspé Railway (SFG) into receivership. Via Rail had suspended Montreal - Gaspé passenger services east of Matapédia in August 2013 due to the poor condition of infrastructure.

Work on rehabilitating the line is expected to begin within the next few months and will initially focus on the Matapédia - Caplan section. The government of Quebec says it is also committed to the rapid revival of the Caplan - Port Daniel Gascons stretch and studies will be carried out into the repair of 16 structures on the Port Daniel - Gaspé section.

Couillard says facilitating the restoration of passenger services is an objective of the project, although he concedes it will be several years before this is accomplished.