RAILWAY Interchange 2015 exhibition and conference in Minneapolis, United States, on October 4-7 is already shaping up to be a much larger event than the inaugural show in 2011. 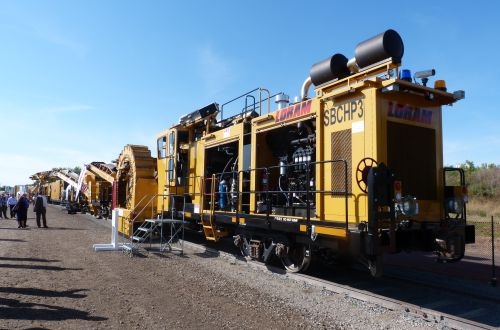 "In 2011 we only used three of the four halls at the Minneapolis Convention Center, but for this year's event we have hired all the exhibition halls and they are already pretty much full," says Mr Dave Soule, director of trade shows with the Railway Engineering-Maintenance Suppliers Association (Remsa), which together with the Railway Supply Institute (RSI) and the Railway Systems Suppliers Inc (RSSI) trade associations, is responsible for staging the exhibition.

BNSF is hosting the on-track side of the exhibition at its Northtown yard and this is also almost fully booked. A frequent bus shuttle will link the Convention Center with Northtown yard.

The American Railway Engineering and Maintenance-of-way Association (Arema), the fourth partner in Railway Interchange, will stage its annual conference alongside the exhibition.