THE mayor of Chicago Mr Rahm Emanuel announced on November 29 that the City of Chicago and Chicago Infrastructure Trust (CIT) have issued a Request for Qualifications (RFQ) to determine market interest in a private concession to design, build, finance, operate and maintain an express rail link between O’Hare International Airport and the city centre. 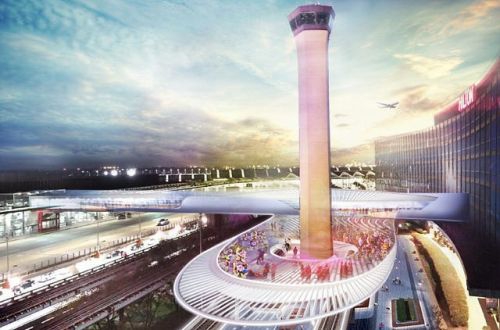 The project will be developed through a public-private agreement between the city and the concessionaire, and will be implemented without the use of public funds.

The RFQ specifies provision of a city centre station, a station at O’Hare, and a depot to maintain the train fleet.

Services would operate at 15-minute intervals with trains reaching the city centre in 20 minutes, less than half the current journey time. Fares will be lower than current taxi and ride-sharing services.

Last year a working group was established to study demand, potential station locations, and route alignment options. CIT says underground or surface alignments could be considered for the project.

While there are no cost estimates at this stage, the RFQ stipulates that operation of the service will be funded solely through project-specific revenues and financed exclusively by the concessionaire.

Currently around 20,000 air passengers per day travel between O’Hare and Chicago city centre, with the figure forecast to reach 35,000 by 2045.

The deadline for responses to the RFQ is January 24 2018.