THE mayor of San Francisco Mr Edwin Lee announced on January 13 that San Francisco Municipal Transportation Agency (SFMTA) will exercise a $US 210m option with Siemens for 40 additional SF200 low-floor LRVs, taking the total number of vehicles on order to 215. 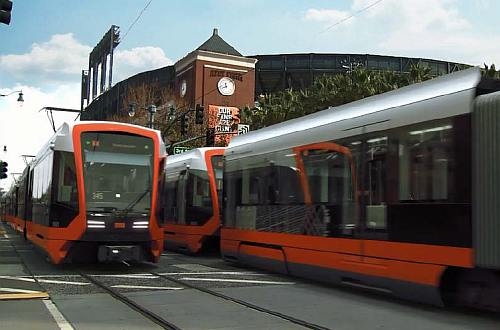 SFMTA signed a $US 648m contract with Siemens last year for 175 SF200s, and the first prototype vehicle will be delivered in December 2016 with a further 23 units due to arrive by 2018.The LRVs will be assembled at Siemens' Sacramento plant in California.

The board of SFMTA approved the option for 40 additional vehicles last week and the agency will seek up to $US 153m in cap-and-trade funding from the California state government with the remaining $57m coming from its own resources.

These new Siemens vehicles will last 10 times longer than the LRVs currently on our streets," said SFMTA board chairman Mr Tom Nolan. "The existing LRVs have failures every 8850km. Conversely, the new trains are projected to travel up to 95,000km before the first needed repair. Today's leap forward in our transportation infrastructure will create a faster, more reliable transit system for the people of San Francisco."

SFMTA has one remaining option for 45 additional vehicles which if exercised would take the SF200 fleet to 260 units. Demand forecasts indicate that these LRVs will be required by 2027-30 to meet projected ridership growth.

"We congratulate Mayor Lee and San Francisco as they continue to enhance mobility in their city," says Mr Michael Cahill, president of Siemens Rolling Stock. "Siemens is thrilled to extend its technology partnership with San Francisco and provide modern LRVs to the more than 700,000 passengers who use San Francisco's transportation system."