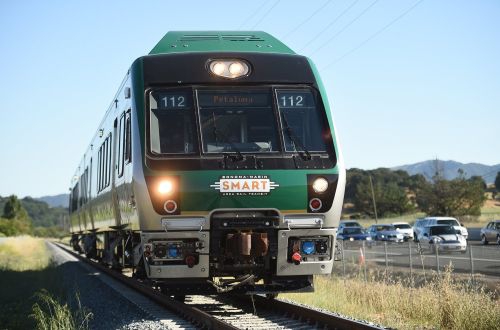 Due for completion at the end of next year, the 3.4km extension will connect Smart with Golden Gate Transit ferries from Larkspur to San Francisco.

Construction is being carried out by a joint venture of Stacy & Witbeck and Herzog under a $US 36.3m design-build contract awarded by Smart in 2017.

Commuter rail services began operating on the 69km line between and Sonoma County Airport and downtown San Rafael in August 2017. A further extension north to Windsor, Heraldsburg and Cloverdale is also planned.