AN investment group is seeking federal permission to construct a $US 2.8bn privately-owned railway around Chicago to bypass congested lines in the city. 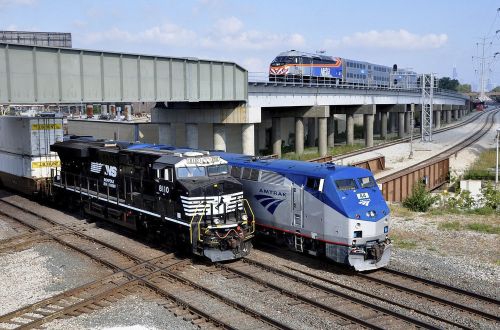 Great Lakes Basin Transportation filed an application with the Surface Transportation Board (STB) on May 1 to construct and operate a common-carrier railway line through parts of Wisconsin, Illinois, and Indiana.

In the filing the Delaware-registered company cited statistics showing congestion on Chicago’s rail network delays around 500 trains - about 25% of all rail freight in the United States - each day. While it noted rail freight volumes are projected to grow by 80-90% by 2040-2050, the company added in the filing that there have not been any significant additions to Chicago’s rail infrastructure since 1907.

The company describes the process of moving rail freight through Chicago as “slow, inefficient and time-consuming,” and argues rail infrastructure is “woefully inadequate” to handle current traffic moving between the different railways which converge on the city. Trains can take as long as 30 hours to pass through the Chicago area and longer during severe winter weather.

Great Lakes plans to build an “entirely new” 420km orbital line running 60-140km from the centre of Chicago, fully grade-separated from other rail and road infrastructure, to move up to 110 passenger and freight trains a day through the Chicago region. It would interchange with five of the six Class 1 railways, and six regional railways via 26 interchange points.

In the filing, Great Lakes said construction would require no public funding, and would be paid for primarily through the sale of debt securities.

The corporation lists 24 investors led by majority shareholder Mr Frank Patton. Patton left Lehman Brothers to found financial software start-up Portfolio Dynamics in 1970, which he sold in 2002. He previously proposed a toll road for lorries around Chicago before switching to a rail-based concept.

In 2016 Patton convinced 14 investors to contribute as much as $US 50m to help fund the STB’s environmental study of the proposal. Backers included Mr James Wilson, a former assistant vice-president of operations for Santa Fe.