A GROUNDBREAKING ceremony was held at the site of the future Roosevelt station in Seattle on August 17 to mark the start of construction on Sound Transit's Northgate Link 6.9km light rail extension from Husky Stadium to Northgate. 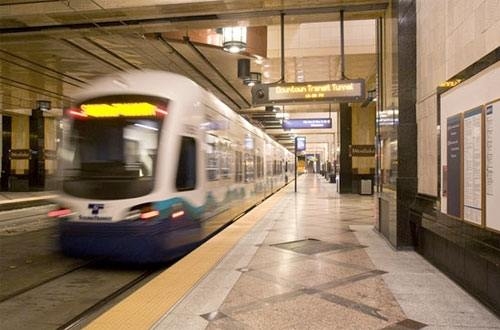 The $US 2.1bn extension will run mostly underground, serving one of the most congested transport corridors in the region. Work is initially focussing on demolition in the Roosevelt area, and Sound Transit will award a contract next year for the construction of the twin-bore 6km tunnel from just north of Roosevelt station to University of Washington station. Tunnelling will begin in 2014 and the line will open in 2021. The Northgate Link will operate 20 hours a day, offering a 14-minute journey time between Northgate and the city centre.

Meanwhile tunnelling has been completed on the University Link LRT extension from central Seattle to Capitol Hill, which is due to open in 2016. Sound Transit is also making rapid progress with plans for the extension from SeaTac airport to South 200th Street, which is also due to be commissioned in 2016.